About the economics of values at Grand Valley State University

I’m really satisfied, because students of Grand Valley State University, who have listened to my lectures, were very interested in the topic of the economics of values as well as the Open Eyes Economy movement. During my research stay in Grand Rapids (Michigan) I’ve conducted several lectures about values in business from a Polish perspective. The most common question was about the possibility of implementing such changes in a bottom-up manner. Some people suggested that we would need some kind of state support. 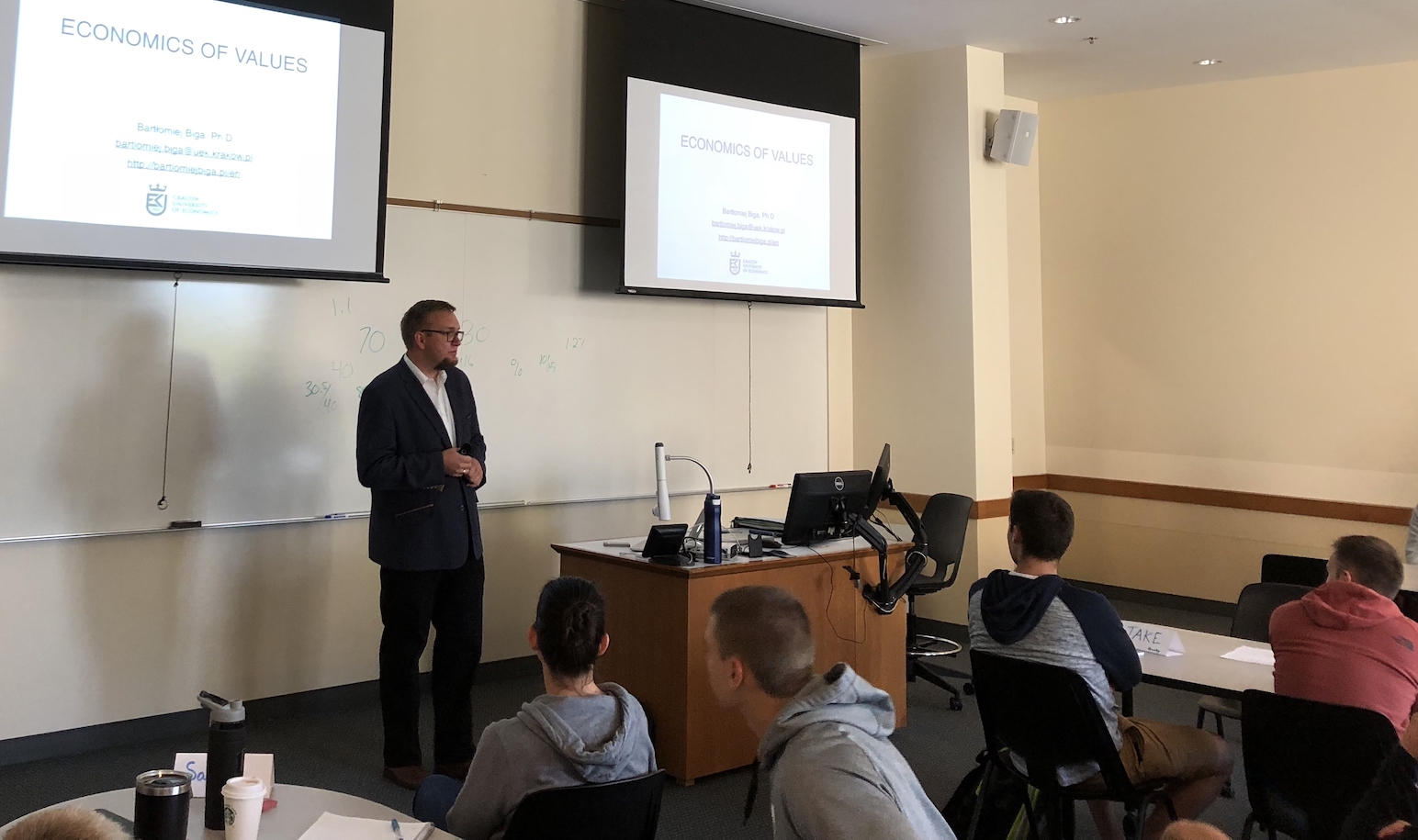 This experience ensures me that the problem of opportunistic approach in capitalism is clearly visible all over the world. Even in the US – in the country which appreciates freedom of business very much. Also here, people see some dead ends of doing business only in a transactional approach. In my opinion, it means that changes in the perception of values in business are imminent. 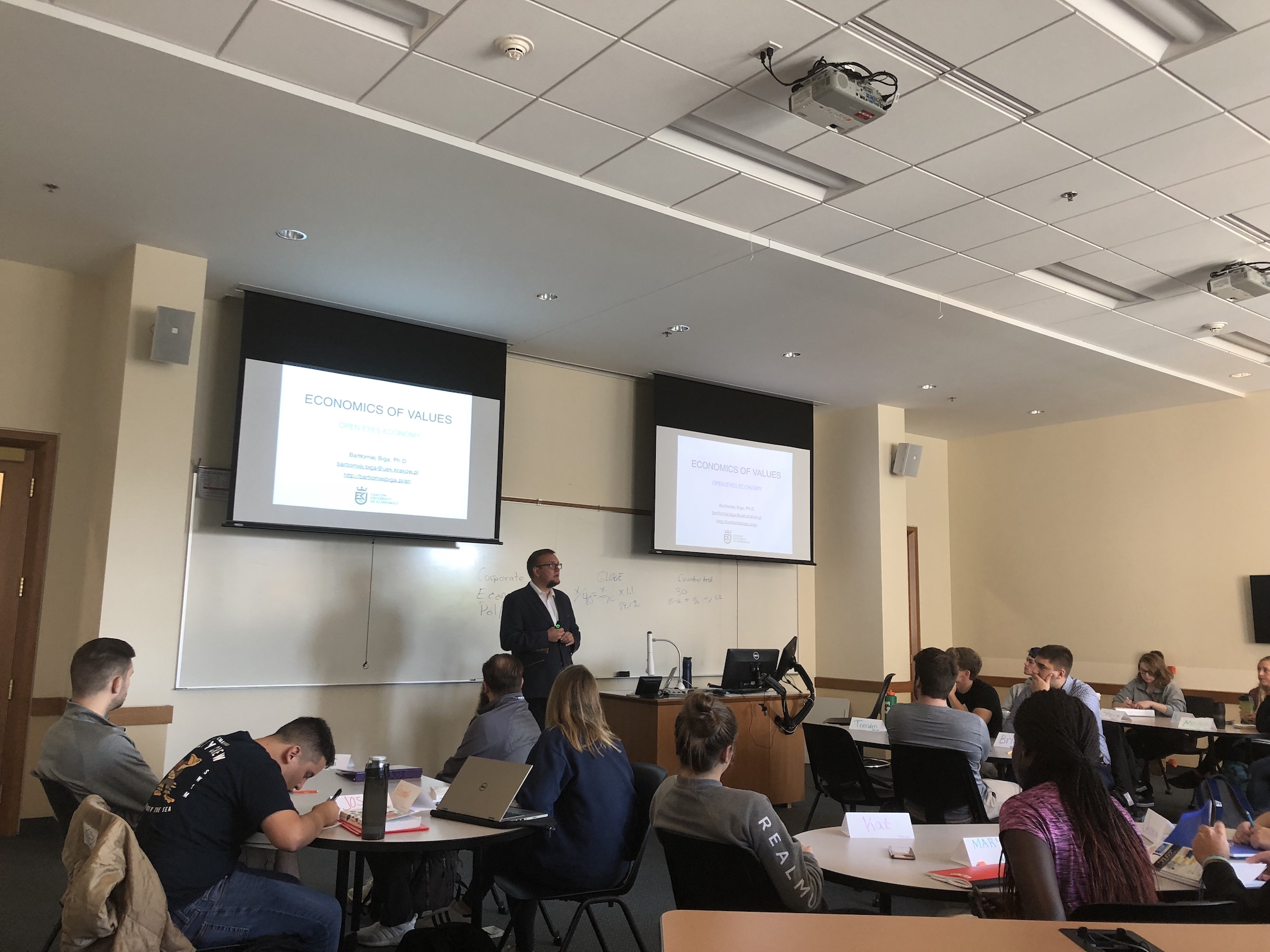